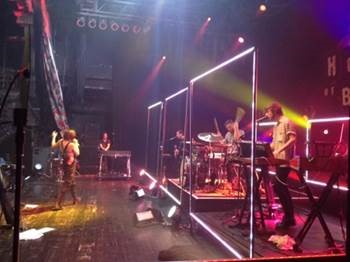 In September of 2014 Canadian singer-songwriter, Lights released her much-anticipated album “Little Machines”. We supplied production for her subsequent album tour throughout September, October and November of 2014. In 2015 we are thrilled to set out on the road with Lights to supply production for her February and March USA tour dates. We are supplying a universal kit, Avid Profile console for Front of House and Monitors. "Little Machines" is nominated for a 2015 Juno Award in the category of 'Pop Album of The Year'!