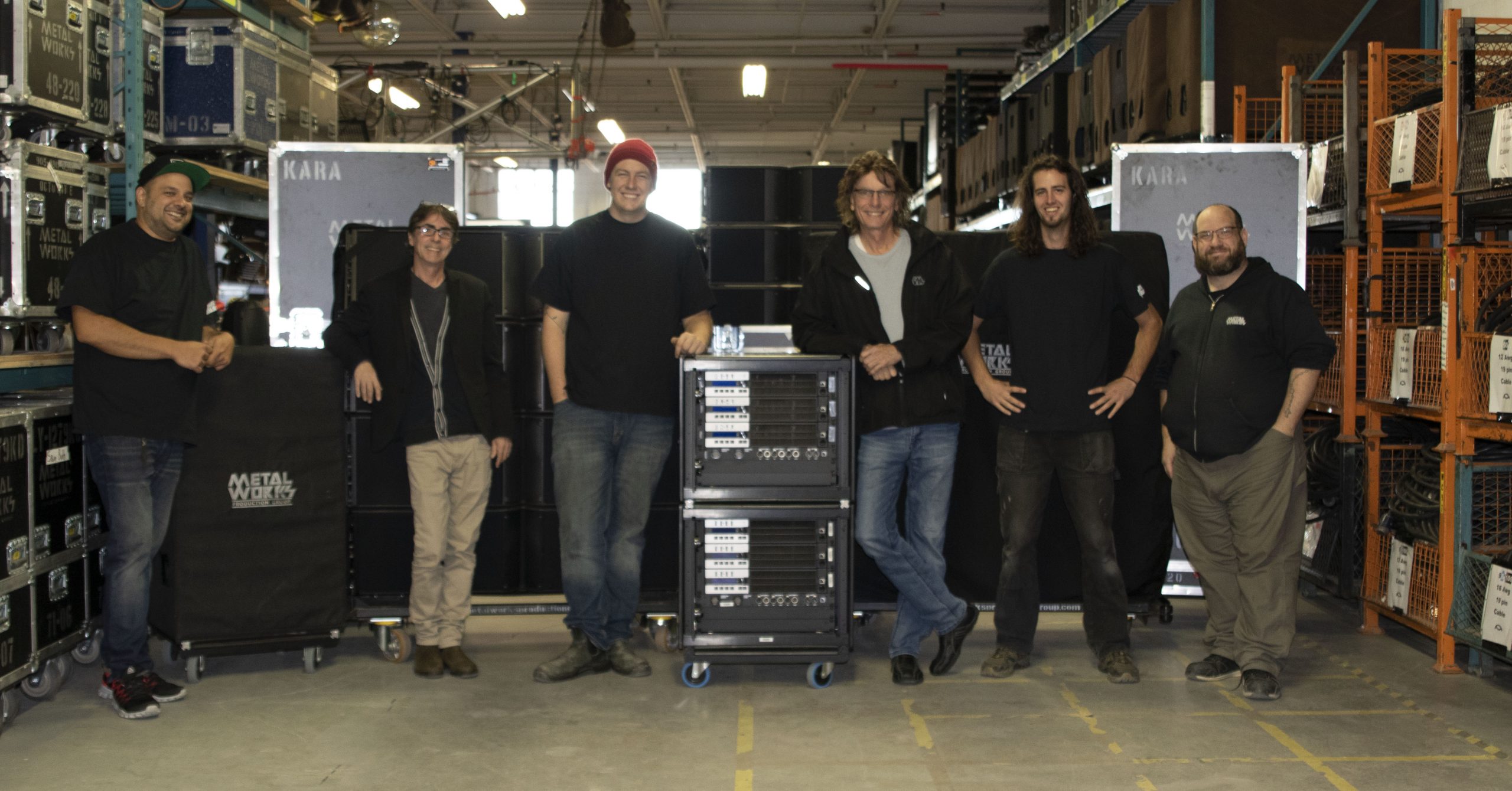 Looking at the 50,000-square-foot complex that is Metalworks just west of downtown Toronto in Mississauga, it’s almost hard to imagine that it came from relatively modest roots. Starting out as a private studio, the company has now grown into a multi-faceted operation that includes a large commercial studio, production school, and live sound provider with a major investment in L-Acoustics loudspeaker systems, including its most recent addition of a full K2 system.

In 2005, Metalworks Studios bought out a pair of live sound companies and launched Metalworks Production Group (MPG), a full-service production house. One of the companies that it purchased was already an L-Acoustics rental network partner, making MPG an L-Acoustics house from the very beginning. “We started with approximately 50 V-DOSC and 100 dV-DOSC right out of the gate,” says Metalworks Owner Gil Moore, who is perhaps better known as the drummer and co-lead singer for the Canadian rock band Triumph, which has 27 platinum or gold awards in the USA and Canada to its credit.

As someone who has played on more than his share of tours, Moore has a unique take on running a sound company, as well as a keen appreciation for rider requirements. Moore calls his company’s extensive investment in L-Acoustics products a “strategic advantage” for three reasons: “The first is that L-Acoustics speakers are consistently one of the top choices on every rider we see. As a business owner, that’s one less stress because I know that I’m not going to have to worry about that top status changing.”

MPG’s inventory of L-Acoustics is extensive. “We have 120 Kara, 32 K2, and we've just added several LA12X-equipped LA-RAK II amplified controller racks and 16 KS28 subs, which will join our 42 SB28 subs,” says MPG General Manager Mike Primeau. “We also have 20 Kiva II and eight SB18 subs, plus a dozen ARCS Wides and a dozen X15 wedges. Among other things, we still have 11 dV-DOSC and 23 V-DOSC, which are great as festival delays paired with K2 for the mains. With newer systems like K2, you just feel like the sound is closer to you and even more intimate.”

The second part of the L-Acoustics strategic advantage is the something that many sound engineers spot first: “the angle of the dangle,” as Moore puts it. “It’s the rigging. Everyone who works on the new systems notices it. With this latest iteration of large-format systems—K1 and K2—the way that the speakers are articulated based on the rigging is just so much better.”

The third piece of the strategic advantage puzzle is the consistency of tone across the entire line. “Regardless of the cabinet size, from Kiva to K1, L-Acoustics enclosures all share a very similar sonic signature,” Moore adds. “Even when I look back on V-DOSC and dV-DOSC, they spoke with a common voice and had a comparable tone—a very smooth top end and smooth bottom end as well.”

“When the K Series came along, I felt that there was definitely an enhancement to the bottom end, which is in keeping with many listener preferences today; over time, there just seems to be more low end being dialed into more types of music. L-Acoustics has also really made improvements in the voicing of its subwoofers. I think a lot of that is to the credit of the amplified controllers, whether it be the LA12X or the LA8. They're getting a tremendous performance out of the K Series because even when you use those same controllers on V-DOSC or dV-DOSC, it improves the tone remarkably.”

Moore may not be touring anymore, but he’s at least as busy as he was “back in the day.” Metalworks Studios is the largest commercial studio in Ontario, and its associated school, Metalworks Institute of Sound & Music Production, which teaches recording as well as all aspects of live production, is the largest private career college in Ontario. “We have the largest number of media arts students in Ontario—over 200 full-time students,” Moore proudly shares, adding that Metalworks is also involved with a third-seed-round startup called AudioWorks, which is developing a cloud-based studio. “You know what? I'm kind of busier now, but I love it and I love the music business. I've never really had a ‘job’ my whole life. I love what I do.”