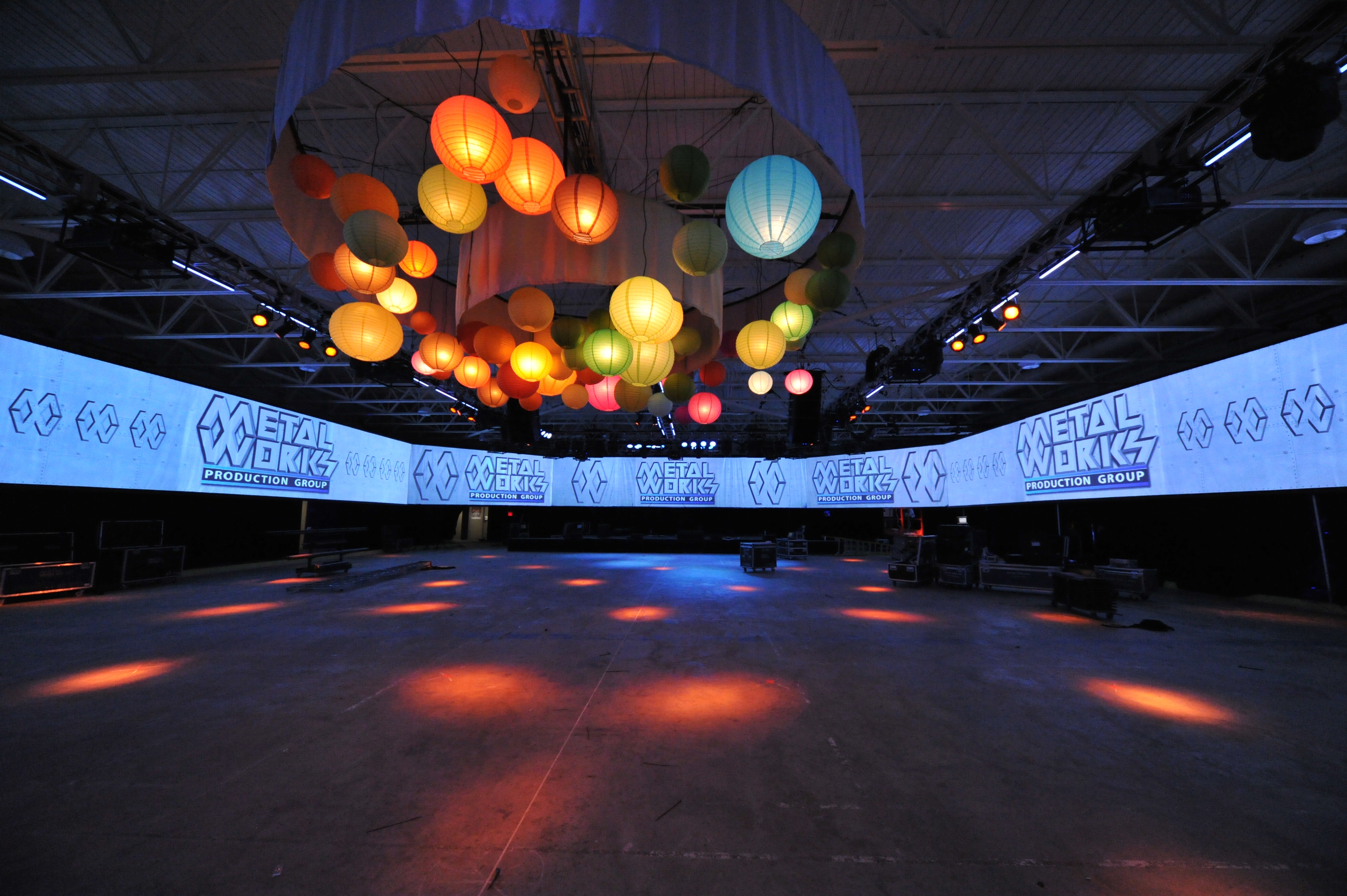 Appleby College, an Oakville, Ontario-based prep school, recently celebrated its 100th anniversary with the aid of 26 Christie HD10K-M 3-chip DLP projectors that were installed and managed.

With the projectors installed 18-feet high in a 360-degree circle around the interior of Appleby Arena, the concept presented challenges in drafting and designing the rigging.

According to Mitch Mazerolle, technical director, 26 projectors flown at precise distances from the 360-degree surface made it a challenge to get the lens throw exact for the fixed lenses.

“We were dealing with a low-ceiling hockey rink and several projectors, so everything was very tight. Given the configuration and height, we knew the edge blending needed to be precise, but I spoke extensively with Geoff Chick (central and western regional sales manager, Christie) and John Hallman (senior manager, regional sales, Christie) and they helped immensely,” said Andrew McLaren, video department manager. “We're extremely pleased with the flexibility and powerful nature of the (embedded) Christie Twist technology. The blending and warping worked perfectly, making for a visually stimulating and tastefully done presentation.”

With a century of Appleby College history to look back upon, three era-specific segments – including photos dating back to 1912 – were displayed. The first era featured memories from the school’s 1912 opening until the end of the 1940s with the second part covering the 1950s through the 1980s. The third part featured the 1990s to the present. The college contributed archival footage and we assembled digitally animated content segments – including digitally animated photos. Superimposed over the photos was custom-made animation. Bob Spencer, President, pitched the 360-degree blend concept for the show and the client was both immediately interested and extremely happy with the outcome.

“Metalworks is a Canadian company and it was a big plus to use a locally manufactured product. In fact, Metalworks is looking to increase its relationship with Christie and having its manufacturing facility just down the road is a big plus for us,” said McLaren. “We know there are other companies out there but for us, the dominoes all fell in the right place and the only logical choice was Christie. We’ve worked with Christie before and Christie products are reliable; we had 26 Christie projectors going and didn’t have to touch them for any reason. That is huge.”