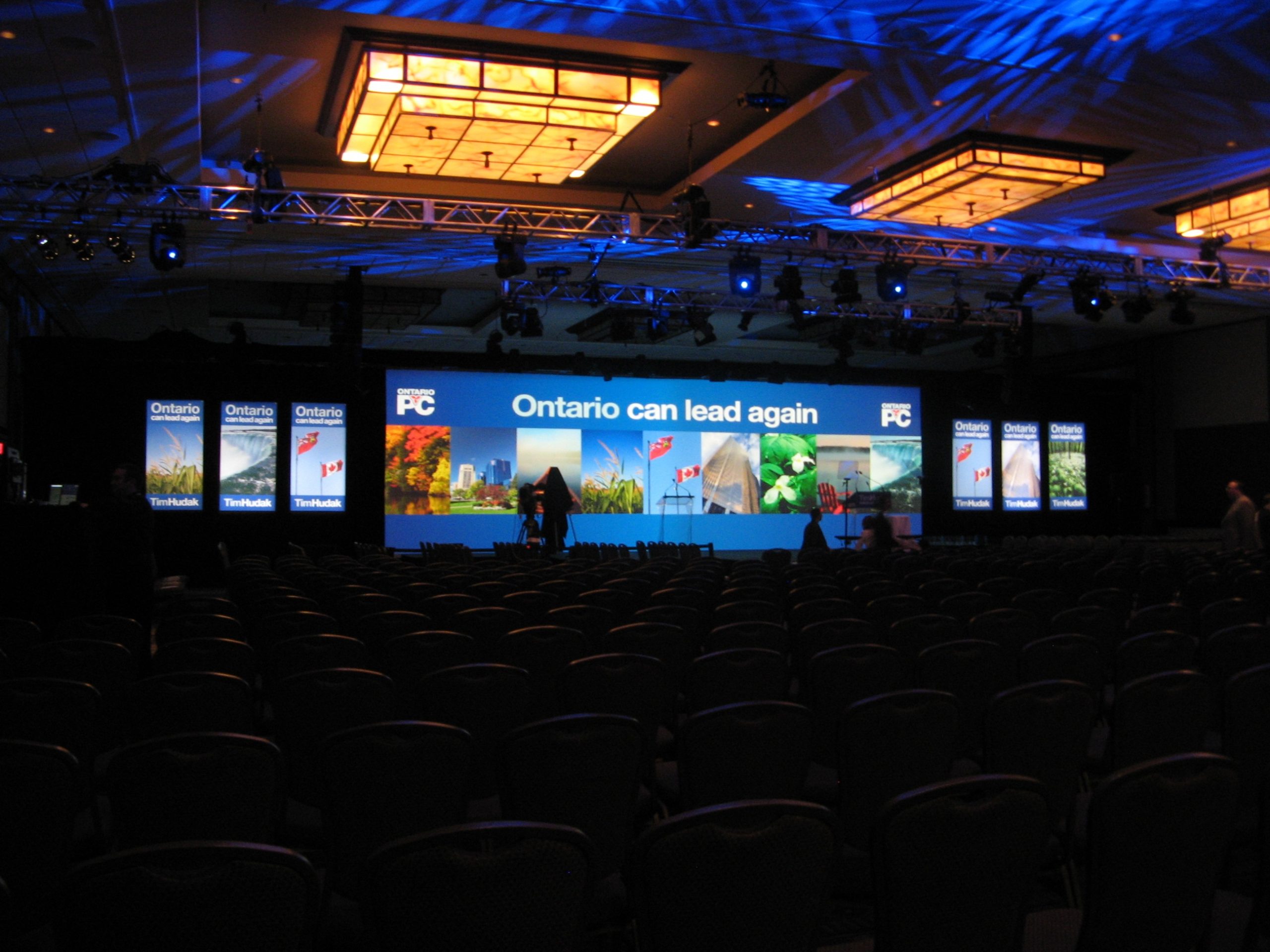 Toronto based event producers Golden Productions recently contracted to specify and supply sound and lighting for the PC Toronto Leader’s Dinner on April 9th, 2013 at the Metro Toronto Convention Centre.

Our very own Joanne Cochrane and Mike Primeau mounted the technical team and collaborated with production specialists to create a unique look and atmosphere. The set consisted of four pillars of chrome truss topped with a 40’ horizontal length of curved chrome truss all lit internally with Colordashes and Microh LED Pars. Lighting designs and LX FOH consisted of 32 Martin Mac 700 Profiles, 12 Mac 700 Washes and 12 Source Fours Lekos with custom gobos to create the signature look for the room. Audio FOH and audio system consisted of an L’Acoustics DV-dosc PA with SB28 subs. The team flew four hangs of twelve for a total of forty-eight boxes with eight subs and four L’Acoustics Kivas as down fills. The FOH console was an Avid Profile.

The event raised over two million dollars and included speeches from Tony Miele and Tim Hudak. Topics of discussion revolved around the upcoming campaign and various strategies to reduce Ontario’s debt, create jobs and ways to improve traffic congestion and transit in Ontario. According to Joanne " It was great to work for the five-star team at Golden and collaborate on this high-profile event "